The new app’s extra features were all suggested by cardholders responding the 2019 Cardholder Satisfaction Survey, which asked specific questions about app usage, intended to drive the development of the kind of enhancements that are now available. 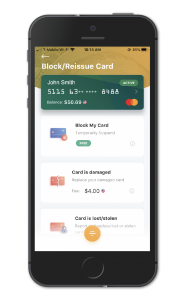 Both versions of the app are available in Apple® or Android® versions, and allow cardholders to:

The new app supplements these core features, allowing cardholders to:

Both versions of the mobile app can be downloaded from the iTunes® (Apple®)  and Google Play™ (Android™) app stores. Data network usage charges may apply. Fees may also apply for international use.