It seems amazing that in a little over ten years, smartphones have become essential tools for the majority of the world’s population. Each one of them has a processing power greater than that of the computers used to put a man on the moon. Few could  conceive of the breadth and depth of uses that have been found for them when the first iPhone was launched in 2007.

Smartphones have a particular importance for Direct Express® beneficiaries, for whom  they are often the only way to access the internet. Direct Express® accounts can be accessed online, but the cardholder website, was not designed with mobile devices in mind, and it became obvious that this was causing some difficulty for beneficiaries who wished to track their balance and account activity.

To resolve this situation and add a layer of convenience which it would further empower beneficiaries and give them safe, secure, convenient and portable access to their accounts, Comerica Bank launched the DX℠ Mobile App, developed and hosted by Mastercard, in August 2015.

The app was made available on both the Google Play and Apple App stores, and its existence was communicated directly to cardholders through targeted email outreach and inserts in direct mailings.

The app allows beneficiaries to register their account and choose a PIN code for security purposes. Once this is complete, they can check their balances, view transaction details, confirm pending deposits, locate nearby ATMs and pinpoint free cash-back locations. 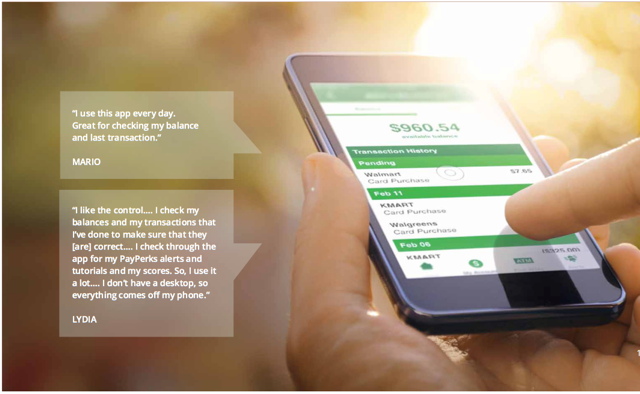 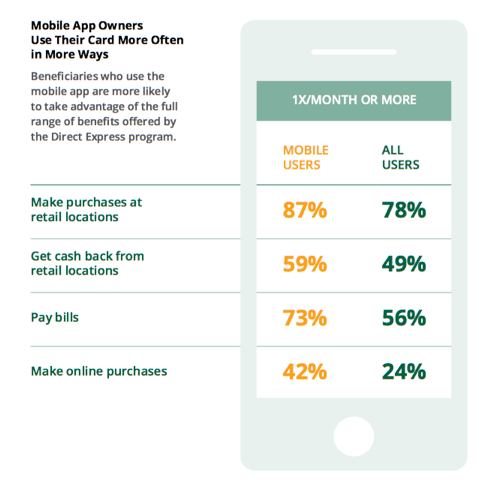 The app also gives beneficiaries the ability to customize their account settings and receive alerts when they receive a deposit or their balance falls below a certain threshold. In addition, the app allows beneficiaries to learn more about all the benefits associated with their card and improve their overall financial literacy by participating in PayPerks, the rewards-based education program.

Beneficiaries who have downloaded the DX℠ Mobile App express near-universal satisfaction. In the year since the  app was launched, it has earned a 4.4 star rating in the Google Play store—a higher score than some of the most famous apps such as Facebook (4.0) and Snapchat (3.9).

Since the app was launched, some interesting usage patterns have emerged: 64 percent of users report accessing the app six or more times per month and more than 80 percent of users say they check their account balances on the app.

We have no doubt that this important innovation will continue to evolve alongside Direct Express®, driving ever greater value for beneficiaries.

“With more than 57 percent of low-income Americans accessing the internet primarily via smartphone, being able to manage money through an app is critical. Constant fintech innovation through products like Direct Express® means constant improvement in the tools available to help Americans better manage their financial lives.” Jennifer Tescher, President and CEO, Center for Financial Services Innovation (CFSI)

The Federal Deposit Insurance Corporation (FDIC) recently released research into the opportunities for mobile technology to help deliver core financial services to underserved consumers. The Direct Express® program and its new mobile app align quite well with the needs identified in the report. To view the report, visit this site’s Reference Section. 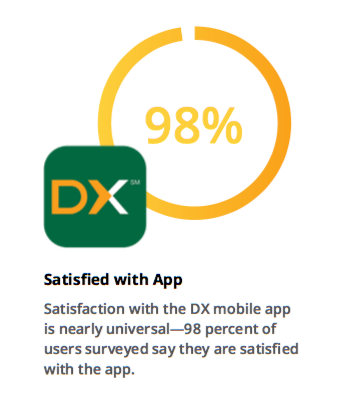