Every year, the Direct Express® team surveys cardholders as required by the Fiscal Service. The survey measures the program’s success where it matters most – with the cardholders.  It asks questions such as:

The survey has also asked about the Direct Express® mobile app since it was introduced in 2015. It also asks about PayPerks, the card’s integrated financial capability program.

The survey results are used to continuously evaluate how to improve cardholder awareness of the card’s features and how best they can use the card.  The results may also be used to help identify future enhancements.

According to data collected in 2017, satisfaction with the Direct Express®debitcard remains very high: 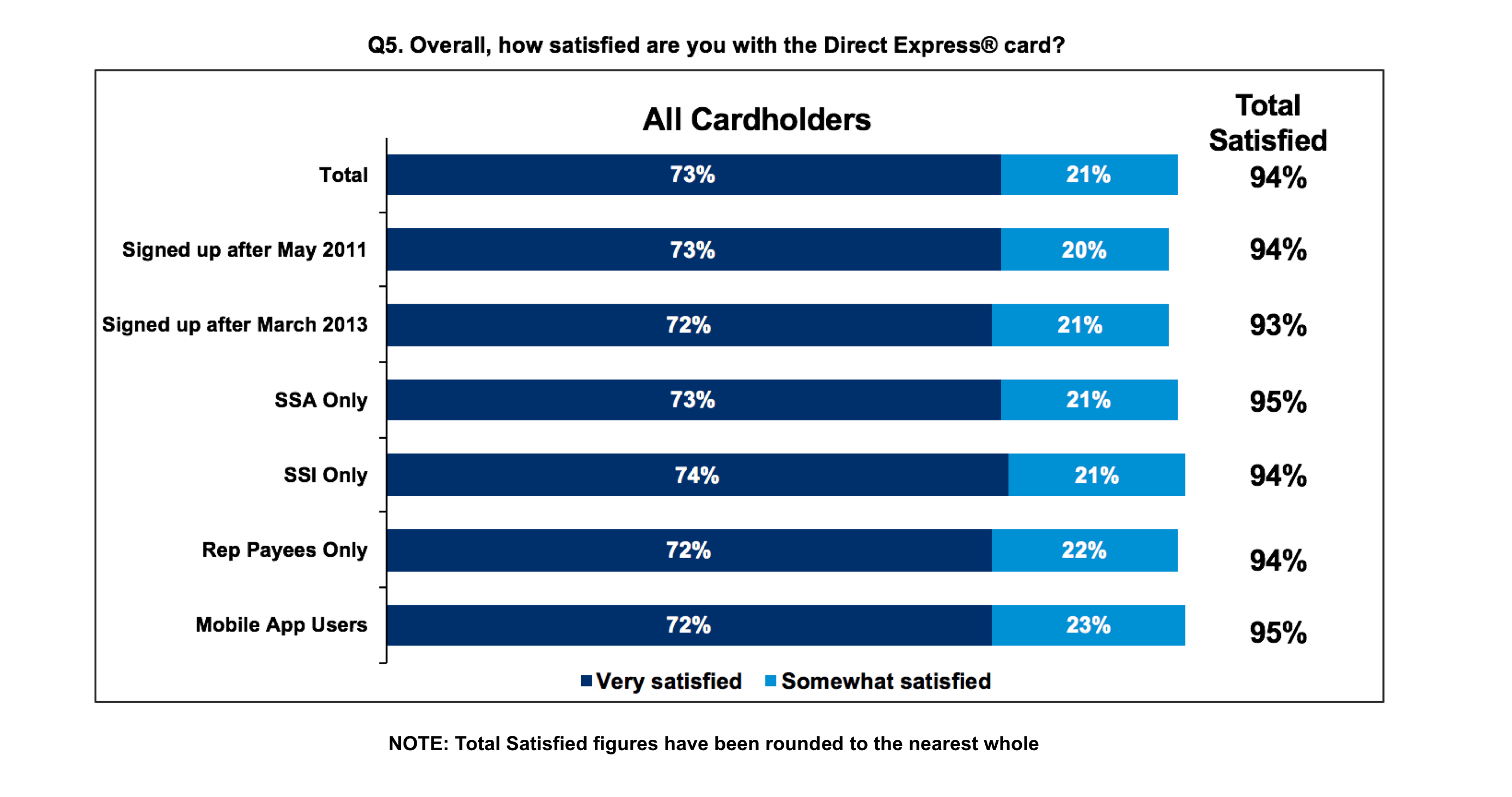 PayPerks and the Mobile App

The survey also helps Direct Express®to better understand the people it serves by collecting demographic and behavioral data. This year, the survey found:

This demographic information guides the development of resources such as PayPerks®learning modules that help cardholders better understand how the card can be used and the importance of protecting the card from theft and misuse. For many who have not had a bank account or a prepaid debit card in the past, this kind of education and guidance can be critical.

The 2018 Direct Express®cardholder satisfaction survey has been conducted and responses are being analyzed. Whether through insights that lead to a new PayPerks®module or new card functionality, the annual survey is vital to the development of the program. Even though the satisfaction rate remains a high 94%, the Fiscal Service and the Direct Express®program continue to identify potential improvements.  These improvements must balance functionality and access, with simplicity and security, to best serve the 4.5 million cardholders who rely on Direct Express®to manage their Federal benefit payments.